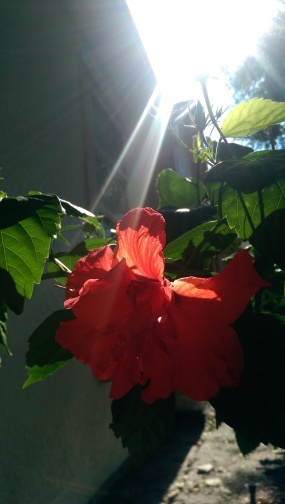 Recently, my nephew lost his battle with the family illness, alcoholism.
He was the oldest grandchild in our family and the very first baby I fell in love with, a passion that has stayed with me ever since. My three siblings and I have never lost a child, so this is a first for us and we are struggling to accept that he is really gone.
Although I was only 12 when he was born, my sister asked me to be his godmother. He was a gorgeous baby and by the time he was a year old, he had long blonde curls all over his head. I loved those curls. When he got his first haircut, I was devastated. I begged his mom not to cut his curls, but his dad thought he looked girly and he insisted on the haircut. I remember being so mad at both of them and I remember crying for days over the loss of his baby curls.
My sister lived at home when he was born, so he and I spent many nights snuggling and playing. I remember his colic and I remember all the nights I held him close to my body so my warmth could relax his hard little tummy, always walking him because he would cry as soon as I sat down.
He knew he had a problem with alcohol and he fought this disease with all his might, with every ounce of strength he had and he never gave up the struggle, fighting his demons until the last day.
My sister, his mom, used to dream that I was lost and that I was being dragged under in a swamp filled with snakes and monsters. After I became sober at age 23, she never had that dream again.  I always say that she and her church friends prayed me sober against my will but the truth is that God does have a plan for each of us and He alone knows the reasons. We were not able to pray my nephew sober.
Yet, our human nature wants answers. God must get so sick of people at the Pearly Gates asking, “WHY?”
I want to ask, “Why me and not him? Why me and not my daughter?”
I prayed my heart out for my nephew, talked to him for several hours about how sobriety was possible for anyone, if it was possible for me. It just wasn’t in the Plan for him.
God doesn’t give us everything we ask for and He did give us Free Will. He also says no and maybe. My nephew was a no, my daughter is a maybe.
Right after Robbie’s death, my sister said that if his death saved one person, it would be a comfort to her. That happened so quickly that my head is still spinning. Another nephew was at home, sick, while his mom was at my sister’s house.
He is a recovering drug addict but lately he has been drinking, a lot. Beer with shots of vodka, the same poison that killed his cousin. He got nervous after he found out about his cousin because his eyes were turning yellow and his urine was dark brown. He went to the emergency room the next morning and he is now in intensive care. His spleen is swollen and his liver is inflamed. His cousin’s example made him go to the hospital and hopefully, with God’s grace, he made it there in time. (He is home and doing much better now.)
Life. It is what it is and it’s not always a picnic in the sunshine.
But if we could only remember that we make our own sandwiches and that we choose the drinks that we pour down our throats, that we pick the poisons that we put into our bodies, if we could remember that God can only work with what we give him, that He won’t force Himself on us, if we could remember that we are given choices, maybe there would be more addicts receiving a yes and less addicts destroying themselves and hurting everyone that loves them.
My sobriety is the greatest gift God ever gave me and I don’t know why me and not my nephew, why me and not my daughter.
During the coming days, as I try to comfort his mother, my sister, and as I mourn the loss of this man that I have loved since his birth 48 years ago, I will pray for courage, I will pray for strength and I will continue to pray for my Maybe Girl.
You are welcome to join me.

One thought on “Life and Death”