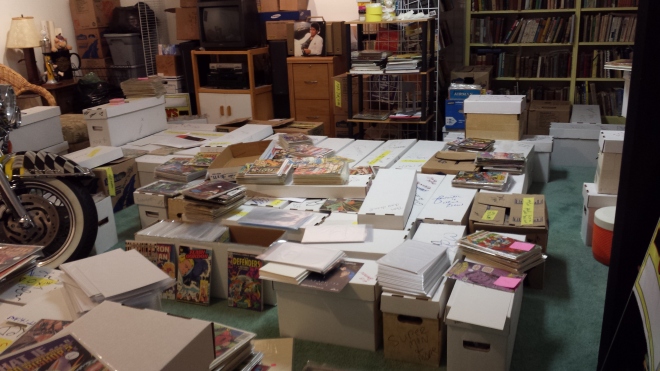 First, who I am not.
I am not an actress or a model. I don’t have big boobs or a tiny waist. I do not have enough hair to make a pony-tail. I do not have a book on the NY Times bestseller’s list. (Yet.)

I will never win the Nobel Peace Prize or invent a cure for alcoholism or mental illness, although my family would benefit and it would be a fine start toward world peace.

I do write women’s humor, which doesn’t pay, and I spent five years covering drag racing events, a job that did pay. I also took pictures at the racetracks, had a picture make the magazine cover and I sold my action shots to racers, so I suppose that makes me a professional photographer, although I still claim amateur status. I’ve won literary awards for my essays and my checking account is usually empty.

I got my first job when I was fourteen. I worked as a nurse’s aide until my mom found out that I had washed and dressed a deceased patient before the patient’s journey to the funeral home.

I was quickly promoted to weekend relief cook and given a raise. I slipped back into the nursing aide job eventually, and I continued as a NA for many years, but had to leave that field because I wanted to take home my patients and I did, mentally.

During this time, I was a hippie who shaved her legs and I was allergic to pot. I didn’t go for that free love crap and the boy that de-flowered me had to promise to marry me afterwards.

He did, so I was married at sixteen and not even pregnant. I was pregnant with my third baby, when I divorced my beer guzzling Prince-in-Dented-Armor.

I was a single mother of three, a poet, a dreamer and a sober alcoholic when I remarried three years later and from there, proceeded to raise three kids.

My new husband wanted me to stay home and play Suzy Homemaker. Since I enjoyed the role, I became a daycare provider and had other women’s kids calling me “mama.” (I know now that the Suzy Homemaker role comes with a very high price tag.)

I never planned for a career. I don’t know why, but one reason was that all I ever wanted to be was a mommy. Another reason could be that my family’s expectations were low. Stay out of jail and the mental hospital and you were a success. Marry a man who works and you were a spoiled success.

Still, as the kids got older, I dabbled in many different careers and some careers chose me. When I was in my thirties, I gave waiting tables and bartending a whirl and I enjoyed the short shifts, the furious rush hours and the high earnings.

Then, after several years of experience combined with my obsessive (OCD) work habits, I fell into management. At first, I just took over, organized and motivated the team, but since I was good at it and couldn’t be stopped, the owners gave me a title and more money. I was there so much I asked them to put a shower in the office.

I attempted to blend into the restaurant management world to earn the consistent salary, but I couldn’t hide my hippie roots. For starters, my nametag bugged me.

Second, I told employers when they hired me what I expected from them in return for my extreme dedication and excessive hours. Respect, honesty and appreciation. Many have hired me, unbelievably, and yes, only one delivered.

I have played the “hire the pretty girl game” and shown my legs to get the job, but that was the last time they saw them.

Then, there’s my casual style. You can dress me in a three-piece suit but it’s going to have fringe or patches and I’m apt to wear a tube top instead of a bra. I don’t do nylons (panty hose for you younger folks) and I don’t do high heels. Ever.

I don’t care if you’re the head of the corporation, if you lie to me or if you are rude, I’ll politely let you know it is unacceptable behavior. If you don’t tell me off in front of my staff, I won’t tell you off at the board meeting.

Hey, for thirty thousand a year, eighty hours a week, I have my limits. An employer can only take advantage of me for two or three years and then I’m gone, and I promise you, it will take three people to replace me.

Here’s a helpful hint for job seekers, if the pre-employment testing lasts two weeks and it is confusing, degrading and invasive–turn down the job offer. If they don’t respect you before they hire you…

I’ve been delighted to turn down several top-level management positions after proudly maneuvering through the employer’s hiring maze. I thoroughly enjoyed hearing the money offer creep up and seeing the confused, human resources psychology major go down. I’ll withhold names to protect the guilty and I will admit that my husband doesn’t share my casual attitude about turning down lucrative job offers.

Life is not like a box of chocolates; it is more like bouquets of gorgeous sweet-scented roses and a massive amount of bloody pricks from hidden and not so hidden thorns. I have a weakness for thorns, so I carry Band-Aids.

It didn’t help that despite numerous evidence to the contrary, I was still naïve enough to expect honesty and respect from my employers.

When I became disillusioned with my jobs, my husband told me that I had to learn about the “real world.”

However, I knew the “real world.” I just refused to stop expecting the best from people and I wouldn’t play games.

In 2007, when we moved to Florida. I decided to stop writing for the magazine and now I work for myself. I’m a freelance writer, poet, author, photographer, graphic designer and journalist and I don’t allow for lunch breaks. Since 2007, I’ve only earned about $30.00 through my creative efforts, but that’s okay. I also bought out a bookstore and the contents are in my garage.

Pajamas, jeans, stretch pants and a fringed tee shirt are all I ever need to wear to work and the offbeat collection of business suits are getting dusty in my closet.

I think about giving them away, but I don’t do it.

I might be tempted to foray back into corporate positions if I ever forget how horrible it really was to play corporate games and the suits remind me, I am not a team player, not unless I get to pick my team.