I have not finished with October and yet here it is, a third of the way through November!
I’d still like to share some October highlights, regardless of the calendar.
If some photos are blurred it is because these babies were not interested in holding still for a photo shoot.
The fun began when I opened the front door, and even though the babies knew that they couldn’t go outside, (the gate was their first clue) they did know that there was something different going on and the bowl of candy just beyond their reach fired up their imaginations.
As they gazed out the front door in anticipation,  I scooped up a babe, one at a time, and we began the not so easy task of trying on costumes. Being girls, they each went through a few different looks before they settled on a Harley Davidson sweater and a lovely pink frock. Although I told Maggie Mae that it was a dress, not a costume, she insisted that it was her favorite. This was Maggie’s first Halloween, so, I let her have her way as she kept her eyes mostly closed when wearing the pumpkin ensemble.  They both declined hats and we were ready. Mama had no time to think about her own costume, so Daddy got to answer the door and hand out the candy. He wore his regular face, but he added a smile.
After about three hours and a handful of kiddies, the party was over. Gate came down, door was closed and most of the ten pound bag of candy was packed up to be shipped to my daughter, Jodie Lynne.
It was an exciting night for the babies and I’m hoping by next Halloween Maggie will be a little bit more mature and actually wear a costume. 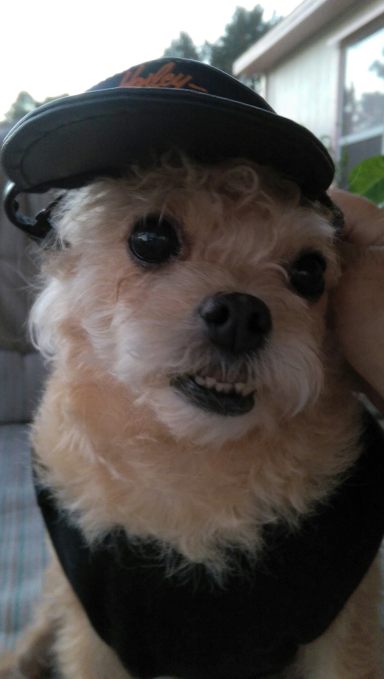 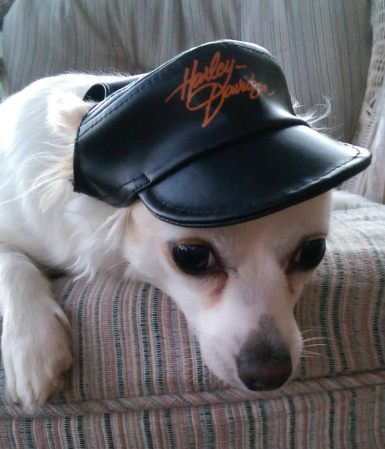 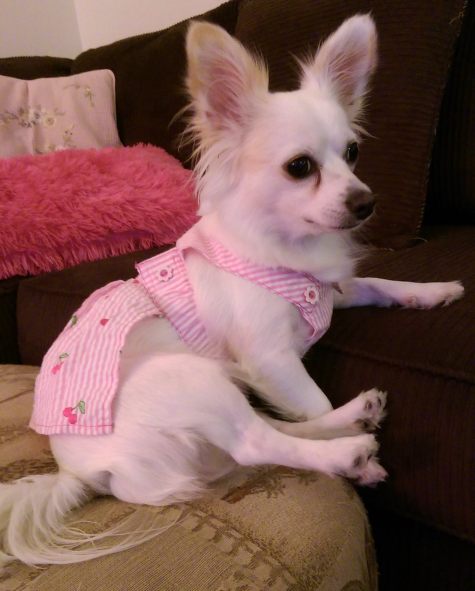 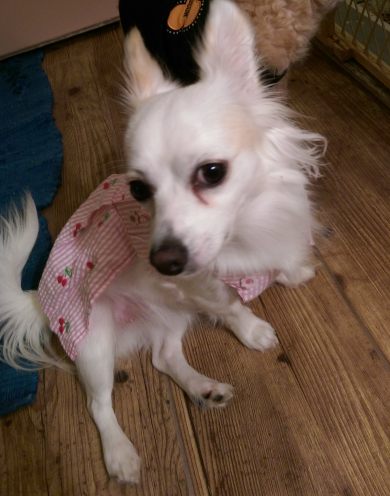 4 thoughts on “Maggie Mae and Ms. Kita Do Halloween”